Home » Blog » Learning What Not To Do From The Environmental Movement

Learning What Not To Do From The Environmental Movement

We can’t afford to have the New Economy movement fail like the Environmental movement did.

The Environmental Movement i.e the individuals and organisations that claimed to represent the environment, have collectively failed.

We – as in humanity – have polluted, eroded, deforested, overgrazed, overfished and destroyed so much of our natural world that we – as in humanity – are definitely up the proverbial creek and possibly past the point of no return .  The Environmental Movement failed to protect the environment.  It’s an “uncomfortable truth” if you will allow the pun, but it is the truth.

By the time I was born in 1978 there was already sufficient proof and legislation in place to make the case for Environmentalism.

So, what can the New Economy movement learn from the lessons taught by the Environmentalism movements Failure?

Can we learn these and apply them before we – as in humanity – are passed the point of no return. 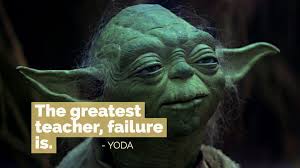 As a quick summary the “New Economy” movement is essentially about improving the world and giving stakeholders an actual stake.

Giving stakeholders an actual stake is about distributive forms of governance and ownership i.e collectives, commons and civic societies in the Not-For-Profit space and member-owned (Co-ops and Mutuals), employee-owned (Direct ownership, Employee Ownership Trusts), community-owned (Multiple structures allow for this form of ownership) and customer-owned (Group Buying / Aggregators) enterprises in the For-Profit space.

The New Economy movement (as you would expect) is full of *failed* environmentalists, with nothing but failure as a role model.

However, almost everyone in the New Economy movement is there because they understand the link between the Economy and the Environment.  And, that’s a start. If the New Economy movement can be successful, by definition it will be simultaneously addressing the Environmentalism and Social Justice movements aims.

We – as in humanity – cannot afford – given the stakes – for the New Economy movement to fail. It’s hard to criticise the Environmental Movement for their intention.  That is not what I’m doing here.  It is clearly a great idea to protect, preserve and regenerate the environment.

We need to look at the lessons of it’s supporting organisations and people who failed to achieve their intention so we can avoid history repeating itself and make the New Economy thrive.

Didn’t align economic incentive.  A safe, clean, habitable earth should be incentive enough.  However, people don’t have what psychologists call “agency” at that level of thinking.  What was needed was to use the power of economic, social and biological alignment of incentives.  What we got was adversarial.

Picking The Wrong Enemy.  What the “greenies” saw was the environment being destroyed because of “money”.  Mistakenly the “left-brain” fields of data, money, accounting, economics and economic development became the “enemy” and target of derision for the Environmental Movement.   What was needed was to use the power of alignment of incentives, the power of “profits”, “growth” and “business” to protect, preserve and regenerate the environment.  Instead what we got was adversarial.

The New Economy movement must avoid being exclusively “right-brain-only”, rainbow-drawing, daisy-chain-making activists, artists and citizens.  The movement must include data driven, marketers, business people and professionals who can make a spreadsheet, budget, projection of set of financials.

Didn’t make it count.  The “greenies” failed to make the environment count.  Literally the data, the value of natural ecosystem inputs weren’t counted.  The environmental movement was too slow to act on making the environment an asset class.

Albeit in the last 10-years with Natural Capitalism inspired thinking, carbon markets, biodiversity markets, co-benefits, tokenisation of ecosystem processes etc we have seen a bridge built between the environment and the economy that allowed business, economists, development professionals to consider the money and not just the trees, seas and bees.

Didn’t legislate in the right area.  The Environmental Movement got squashed by Corporate Capitalism in the law courts because they were fighting in the wrong place.  The Environmental movement tried to legislate for the activities of business, the operations they conducted – they chose to fight on many fronts: marine law, property development law, etc.

Today, the New Economy can still make this argument and should.  As the environment is starting to have asset value and Corporations being forced to count things like ‘ESG’ and “impact”, so the counting is being done.  The measurements are there.  We should focus until the enforcement and scope of fiduciary duty of Directors includes Financial Assets, Social Assets and Environmental Assets.

So Many Lessons, Not Enough Time.

As I’m writing this post I’m beginning to realise 3 things.  1) instead of getting on with co-creating the New Economy I’m writing about it. 2) it’s getting to be a long list of lessons and 3) this post is already too long for most people to read.  So, Let’s leave the discussion on the following issues and lessons until Part 2 (when I have suitable down time)

Plus more as I get writing Part 2.

If you think this is too harsh on the Environmental Movement leave a comment.

If you think there’s something in this then leave a comment.

If you want to get in touch – [email protected]